If you are planning to go to Andalusia (specifically Granada), Alhambra is a MUST see. It is a fortress and a palace which was mostly built during the Moorish period and later had Christian additions.
It is best to get there early in the morning as it will take you at least four hours to get there. Certain parts of the palace will require additional wait time to get in. There is parking behind the palace and another entrance from the city where the fortress begins. I would NOT recommend wearing your high heels as there is gravel, sand and uneven stones. (While my shoes were comfortable and I was able to do the whole palace without any issues, I did manage to fall down in the theater portion as the steps are steep. I would love to blame my heels on it but alas it was just my clumsiness).
Do not miss the beautiful muslim architecture, mainly the details on the entrances/ceilings/windows, the gardens/fountains and archways. Also, the views from the Palace are incredible.
One piece of advice is to eat before going there. I had the misfortune of thinking I could grab breakfast somewhere around. When I realized that was a stupid move, I figured okay I can do it in a few hours, but alas I was mistaken again. I did not eat until 4pm that day!!!
Below are some of the photos that I took while being on high heels and on an empty stomach!
The Outside…. 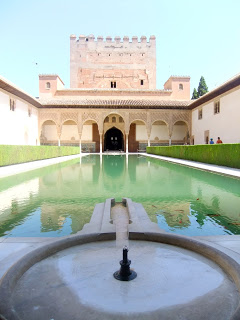 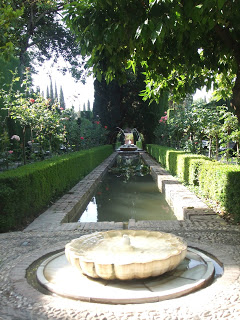 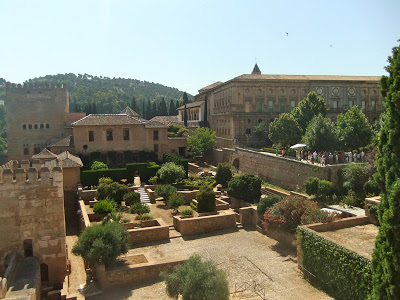 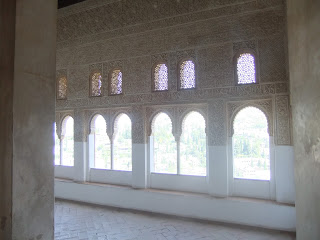 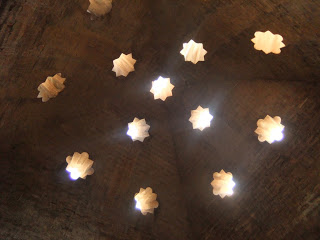 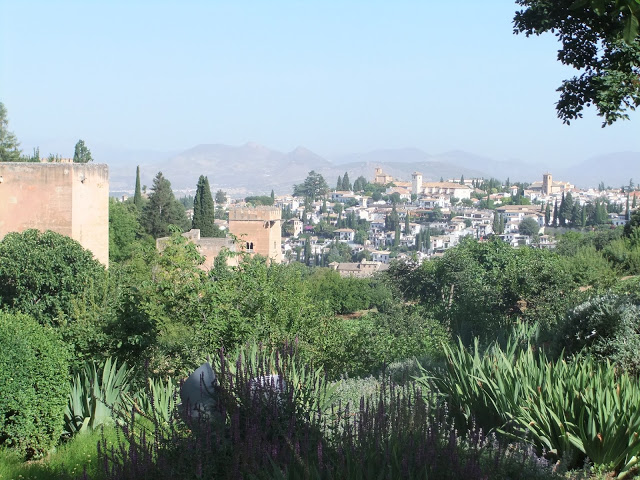